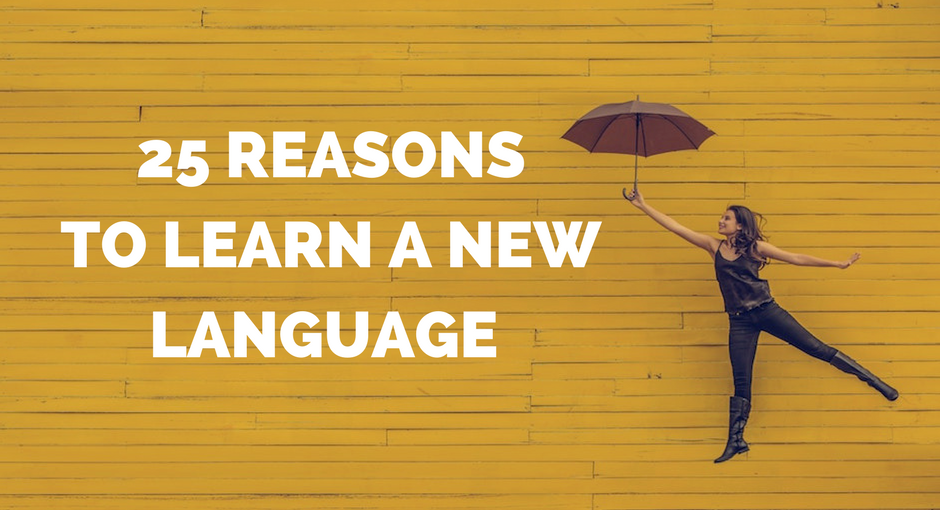 Look for a second out of your window wherever you are on the planet right now. You will soon see by looking at the people, the cars, the plane trails up in the air, that the world is becoming smaller and smaller all the time.
We can confirm this by looking at the statistics: the percentage of people who only speak one language in Europe is shrinking from 39% in 2007 to 34% in 2011.
And if you are like a lot of people, you still don’t master that second or third language you once started studying.
If that figure wasn’t enough, here we have another twenty-five reasons to take action today and start mastering a second (or third) language.
Ready? Let’s dive in.

25 reasons to learn a foreign language

You have many good reasons to learn a second language, including the improvement of your career but mostly your development as a human being.
What is stopping you right now?
Learn about our German and French courses.